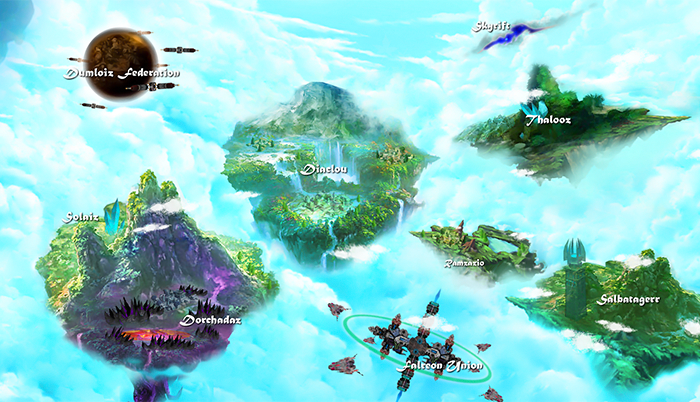 The Upper World consisted of four Crystalys (floating crystal-island) and the God Realm is the best educational facility there, regulated by the island military force. The institution's main focus is in its Avelion training to utilize Elmsh Particles, a source of energy to cast astral weapon called Mantra.

Lucain Garveil  is a professional Luminoira slayer with precognition ability who joined the God Realm facility in Diaclou Cystalys. Rumors abound that Lucain was recruited to track down Maegarf Thal, one of the two fallen Avelions who might developed hostile attitudes toward the Diaclou Sky Kingdom by finding Zreck Historia, the ultimate counterbalance to the Upper World.

As Lucain and Maegarf engage with each other more directly, a bizarre string of events related to the pair begin to twist the signs of destruction and salvation. What are Maegarf's motivation for his actions? And what is the true nature of Elmsh Particles that leaked through the skyrift? The answer, whatever it may be, an uncertain future and altered consequences unravel in the restless night of the four warring Crystalys Nations as their fates all intertwine on Zreck Historia's arrival.

You'll play as two different groups throughout the game, and may switch between the two party leaders when you get a flash message. This feature is optional though, as it gives the player the ability to view other perspectives that are happening at the same time elsewhere in the floating crystal islands. You'll have a full-risk decision making based on these perspectives.

There are 361 different Elmsh Spheres that can be installed on your Mantra Caster device. The spheres will grant it's user with various mantras that can be used in a battle, or reproduce a specific mantra that can only be conjured/used by a character proficient in that type of mantra to interact with objects, or people outside battle.

You can build unique stats, such as Leadership, Knowledge, Social Threads, Engineering, etc. You can also do various things to increase these stats. For example, to train your Leadership, you have to make the right decision during a mission. As another example, you will need to either study or take a class to increase Knowledge. Your stats are not enhanced through repetitive training, and is only affected by your actions throughout the gameplay.

Sleeping at night will restore your AP, and having three meals a day will keep your AP recharge rate optimal. You'll also find a variety of activities in each city, or academy. Such activities include monster hunting, magic training, doing exams, ranking duels, attending special events, gardening, part-time jobs or side-missions. Most activities take time, so, suffice it to say, keep watch on what you're doing, and when!

*This game is free.  You can skip the prequels, but you'll understand the story better if you play 1~4 first. Also, the game demo is not released yet. XD 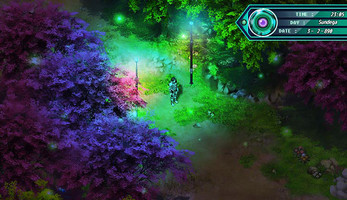 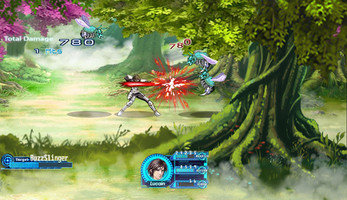 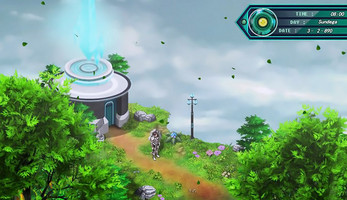 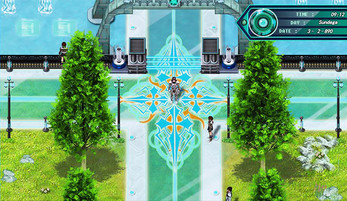